Book Talk with Author Kal Raustiala about “The Absolutely Indispensable Man: Ralph Bunche, the United Nations, and the Fight to End Empire” 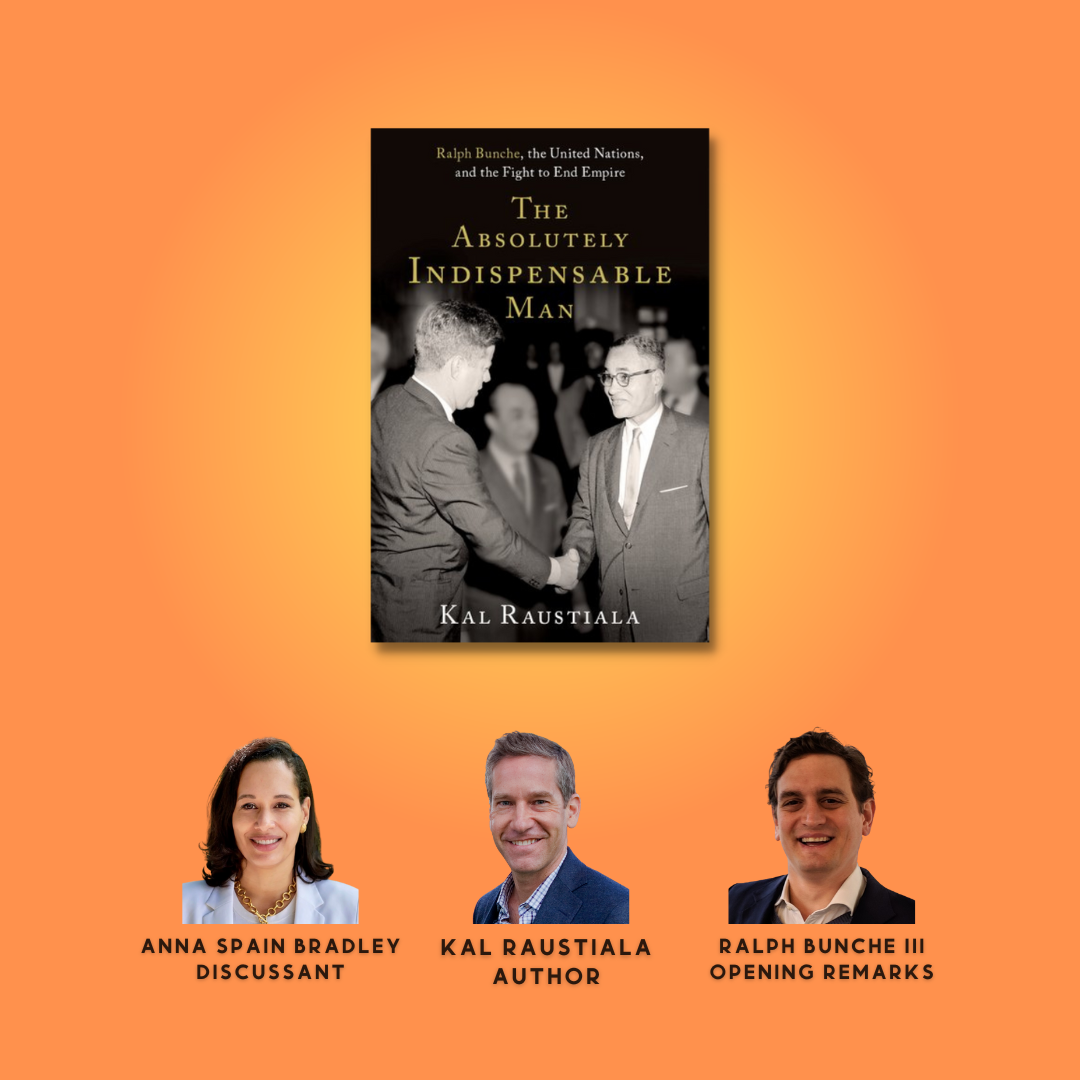 A legendary diplomat, scholar, and civil rights leader and UCLA Class of 1927 alum, Ralph Bunche was one of the most prominent Black Americans of the twentieth century. The first African American to obtain a political science Ph.D. from Harvard and a celebrated diplomat at the United Nations, he was once so famous he handed out the Oscar for Best Picture. Yet today Ralph Bunche is largely forgotten.

In The Absolutely Indispensable Man, Kal Raustiala restores Bunche to his rightful place in history, showing that Bunche was not only a singular figure in midcentury America; he was also one of the key architects of the postwar international order. Raustiala tells the story of Bunche’s dramatic life, from his early years in prewar Los Angeles to UCLA, Harvard, the State Department, and the heights of global diplomacy at the United Nations.

After narrowly avoiding assassination, Bunche received the Nobel Peace Prize for his ground-breaking mediation of the first Arab-Israeli conflict, catapulting him to popular fame. A central player in some of the most dramatic crises of the Cold War, he pioneered conflict management and peacekeeping at the UN. But as Raustiala argues, his most enduring achievement was his work to dismantle European empire. Bunche perceptively saw colonialism as the central issue of the 20th century and decolonization as a project of global racial justice.

From marching with Martin Luther King Jr. to advising presidents and prime ministers, Ralph Bunche shaped our world in lasting ways. This definitive biography gives him his due, reminding us that postwar decolonization not only fundamentally transformed world politics, but also powerfully intersected with America’s own civil rights struggle.


This event includes the following speakers: