Human Rights and Business Responses to the Uyghur Crisis in China

Chinese officials and companies have engaged in mass detention of the Uyghur people, pervasive restrictions on practicing Islam, forced labor, broad surveillance, and unlawful separation of children from their families in northwestern, according to credible reports. Chinese officials, for their part, have vigorously rejected all criticisms of these actions. 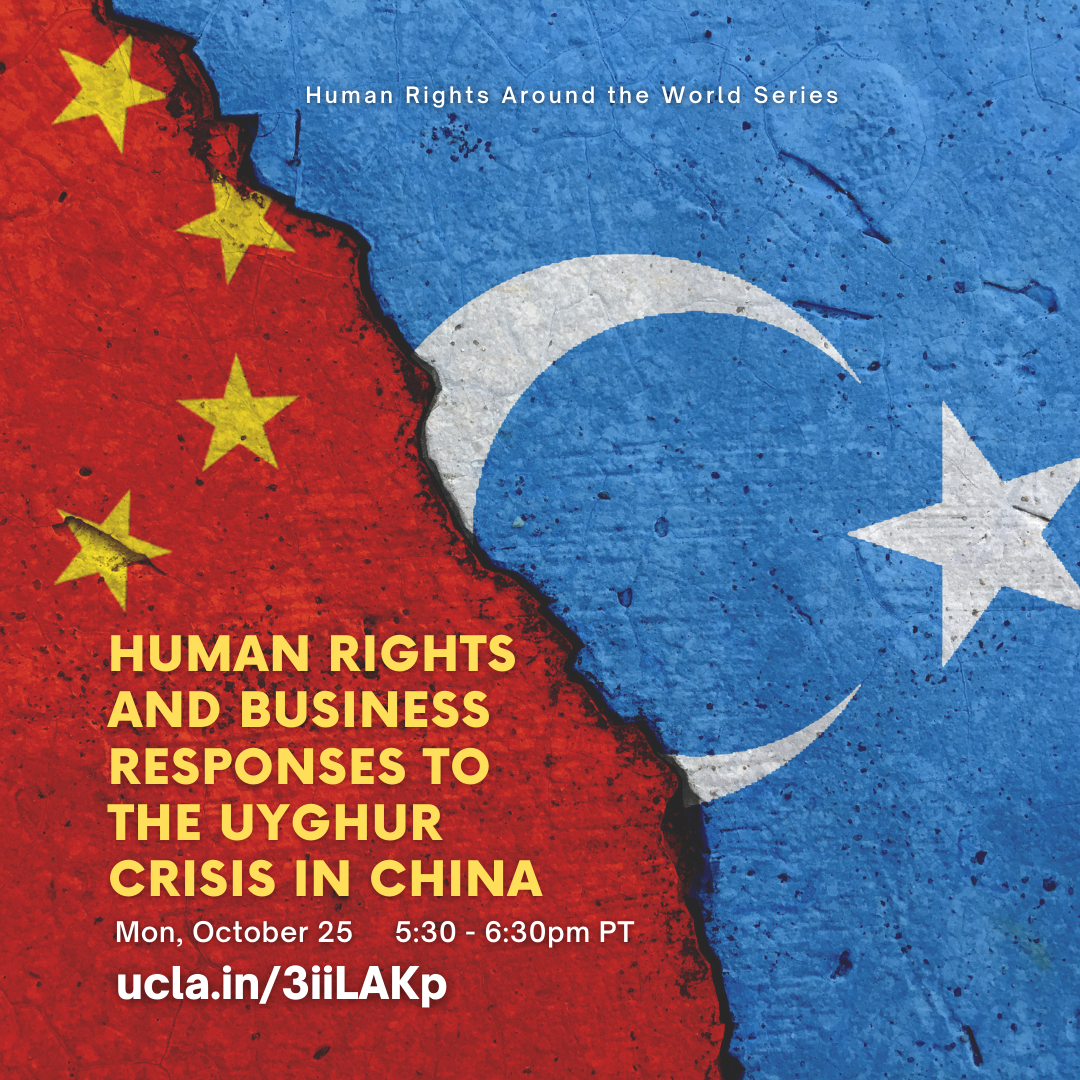 Speakers discussed China’s efforts to shift human rights discourse at the UN and the role of the international community and global businesses in promoting human rights.

Sophie Richardson serves as the China Director at Human Rights Watch. She has overseen the organization’s research and advocacy on China since 2006, and has published extensively on human rights and political reform in the country and across Southeast Asia. She has testified to the Canadian Parliament, European Parliament, and the United States Senate and House of Representatives. Dr. Richardson is the author of China, Cambodia, and the Five Principles of Peaceful Coexistence (Columbia University Press, Dec. 2009), an in-depth examination of China’s foreign policy since 1954’s Geneva Conference, including rare interviews with Chinese policy makers. She speaks Mandarin, and received her doctorate from the University of Virginia and her BA from Oberlin College.

Surya Deva is a Professor at the Macquarie Law School, University of Macquarie, Sydney, and the current Chair of the UN Working Group on Business and Human Rights. He researches in the areas of business and human rights, India-China constitutional law, international human rights law, and sustainable development. Deva has published extensively in these areas, and has advised UN agencies, governments, multinational corporations, and civil society organisations on issues related to business and human rights. He is one of the founding Editors-in-Chief of the Business and Human Rights Journal, and sits on the Editorial/Advisory Board of the Netherlands Quarterly of Human Rights, the Vienna Journal on International Constitutional Law, the Indian Law Review, and the Australian Journal of Human Rights. Deva is an elected member of the Executive Committee of the International Association of Constitutional Law (2014-18; 2018-22).