Populism & The Rule of Law 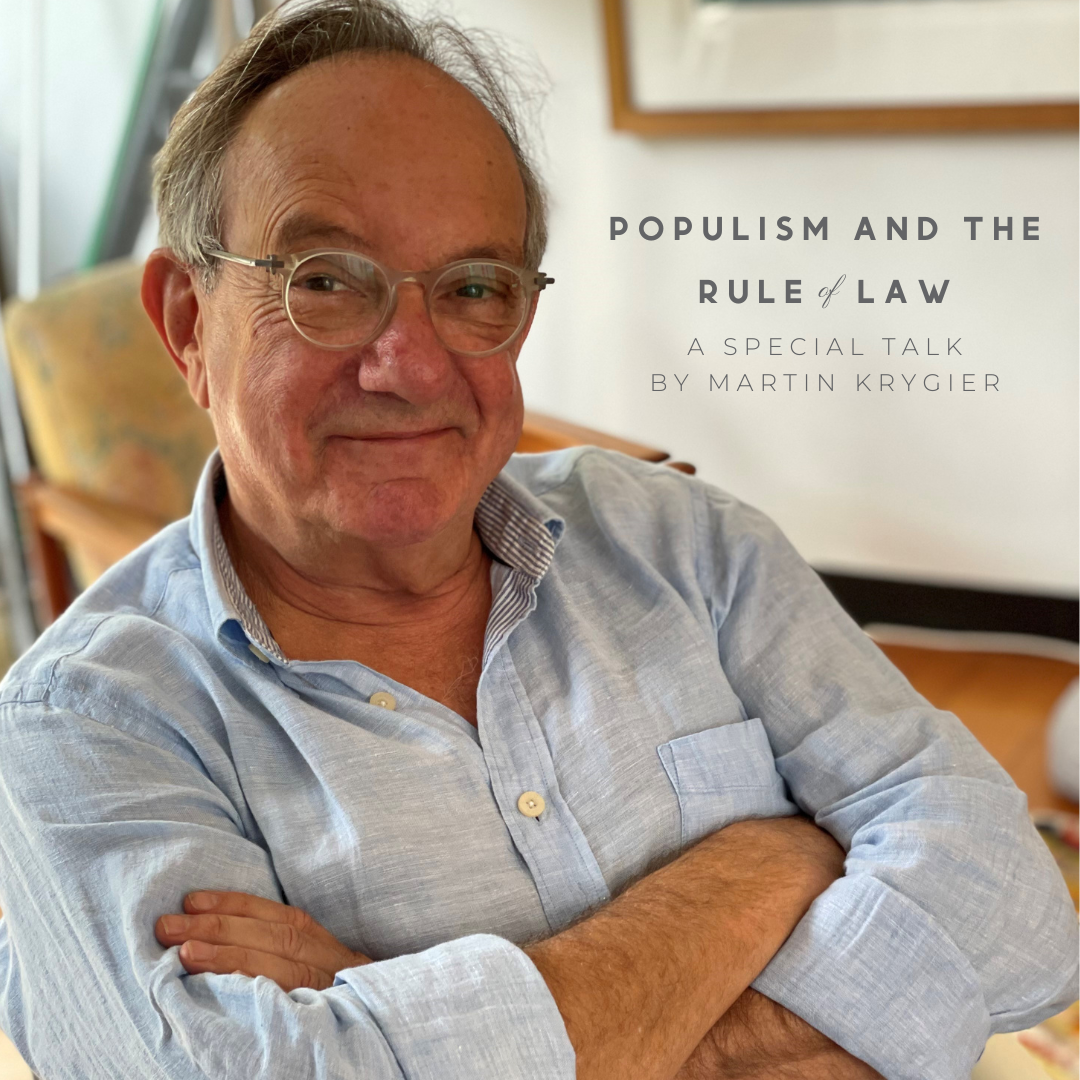 We’re proud to co-sponsor this event with the International and Comparative Law Program.

In recent years, political movements of a decidedly ‘anti-establishment’ character have taken many countries by storm, and many observers by surprise. Unlike standard-issue coup-ists and putsch-ists, communists and fascists (also anti-establishmentarian until they become established), these movements are not shy of elections. They feed off them. Because of the unique and intense link they claim with ‘the People’, they are commonly called ‘populist.’

Martin Krygier, Gordon Samuels Professor of Law and Social Theory at UNSW Sydney, will concentrate on one widespread type of populism (there are others), which is dominant among contemporary populists in power today. It exhibits a paradoxical relationship with law. Whereas many earlier populists denounced both law and the rule of law, contemporary populists claim to uphold both. However, while they deploy rather than demolish the former, they conduct relentless campaigns against the latter. Krygier will explain how this two-edged game works, and what it is about contemporary populist regimes that tempts so many, from Warsaw to Washington D.C., to play it.