Public Intellectual: The Life of a Citizen Pilgrim – A Conversation with Richard Falk 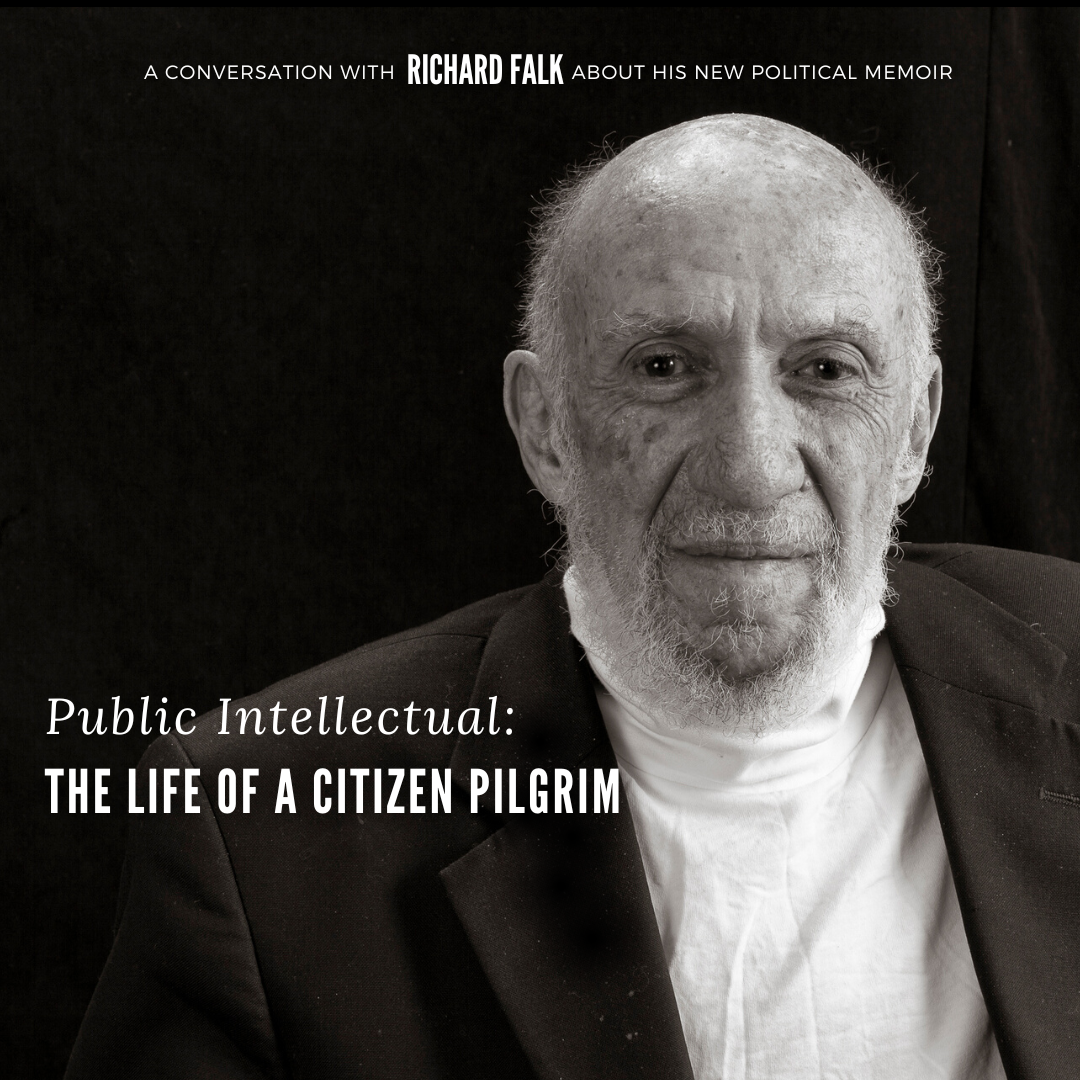 Richard Falk, one of the preeminent international law scholars and advocates of his generation, joins a conversation at the Promise Institute for Human Rights to discuss his newly published political memoir, Public Intellectual: The Life of a Citizen Pilgrim. His own career spans many of the major milestones in international law and international affairs of the last seventy-five years ranging from negotiations to end the Vietnam war, to the Iranian revolution, to the peace process in Israel Palestine, to nuclear arms control, to the establishment of an international convention on the Law of the Sea, to the growth in scale and ambition of the international human rights movement to the creation of international war crimes tribunals to innovation in international environmental law and protection. In each of these critical areas, he has either been a widely recognized scholarly voice in the field or served as the leading international and political figure in negotiations, movement building and designing of new international institutions, or been the appointed international expert contributing to the work of the United Nations or other organizations. Across all these roles, he has been both a prominent scholar and contributor to international law and a committed and principled advocate for justice.

In discussing his memoir, he will be in conversation with some of the other leading international lawyers and scholars whose careers have been shaped or influenced by his trail-blazing work.

Michael Lynk, Professor of Law and UN Special Rapporteur on the Human Rights Situation in the Occupied Palestinian Territories
Andrew Strauss, Professor and Dean, University of Dayton School of Law
Kate Mackintosh, Executive Director of the Promise Institute for Human Rights at UCLA Law and former Deputy Registrar of the International Criminal Tribunal for the former Yugoslavia (ICTY)