Reparations: What is it? Why Does it Matter? How Will California’s Landmark Law Promote it? 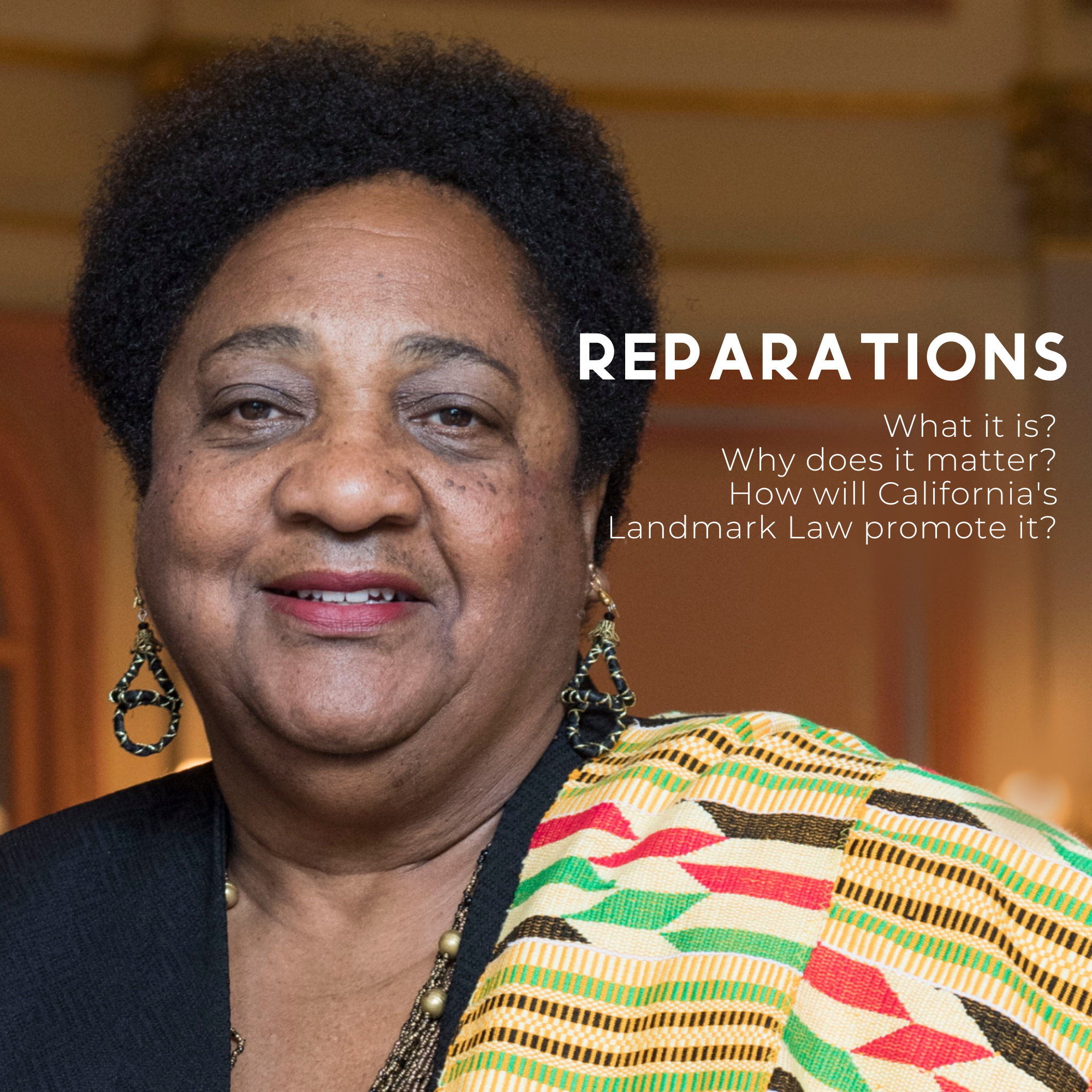 A conversation with California Secretary of State Shirley Weber, author of the CA reparations bill.

Weber was born to sharecroppers in Hope, Arkansas during the segregationist Jim Crow era. Her father, who left Arkansas after being threatened by a lynch mob, did not have the opportunity to vote until he was in his 30s. Her grandfather never voted as custom and law in the South, before the Voting Rights Act of 1965, systemically suppressed voting by Blacks. Although her family moved to California when Weber was three years old, it was her family’s experience in the Jim Crow South that has driven her activism and legislative work. She has fought to secure and expand civil rights for all Californians, including restoring voting rights for individuals who have completed their prison term.

Weber chaired the Select Committee on Campus Climate, which was created to examine and mitigate hate crimes on California’s college and university campuses. The committee also explored student hunger, sexual assaults, homelessness, and freedom of expression. She formerly created and chaired the Select Committee on Higher Education in San Diego County, which explored the need for an additional higher education facility in San Diego and ways to improve the quality, affordability and equal access of higher education in the region. From 2019 – 2020, she served as chair of the California Legislative Black Caucus (CLBC), which consists of the state’s African American legislators and has the goal of promoting equal opportunity for California’s African American community. Weber broke records during her tenure by garnering extraordinary support for CLBC’s efforts and its projects.