Richard Dicker in Discussion: Better Protections for Civilian Groups Worldwide – An Insider’s Look at Prospects for a New Treaty on Crimes Against Humanity 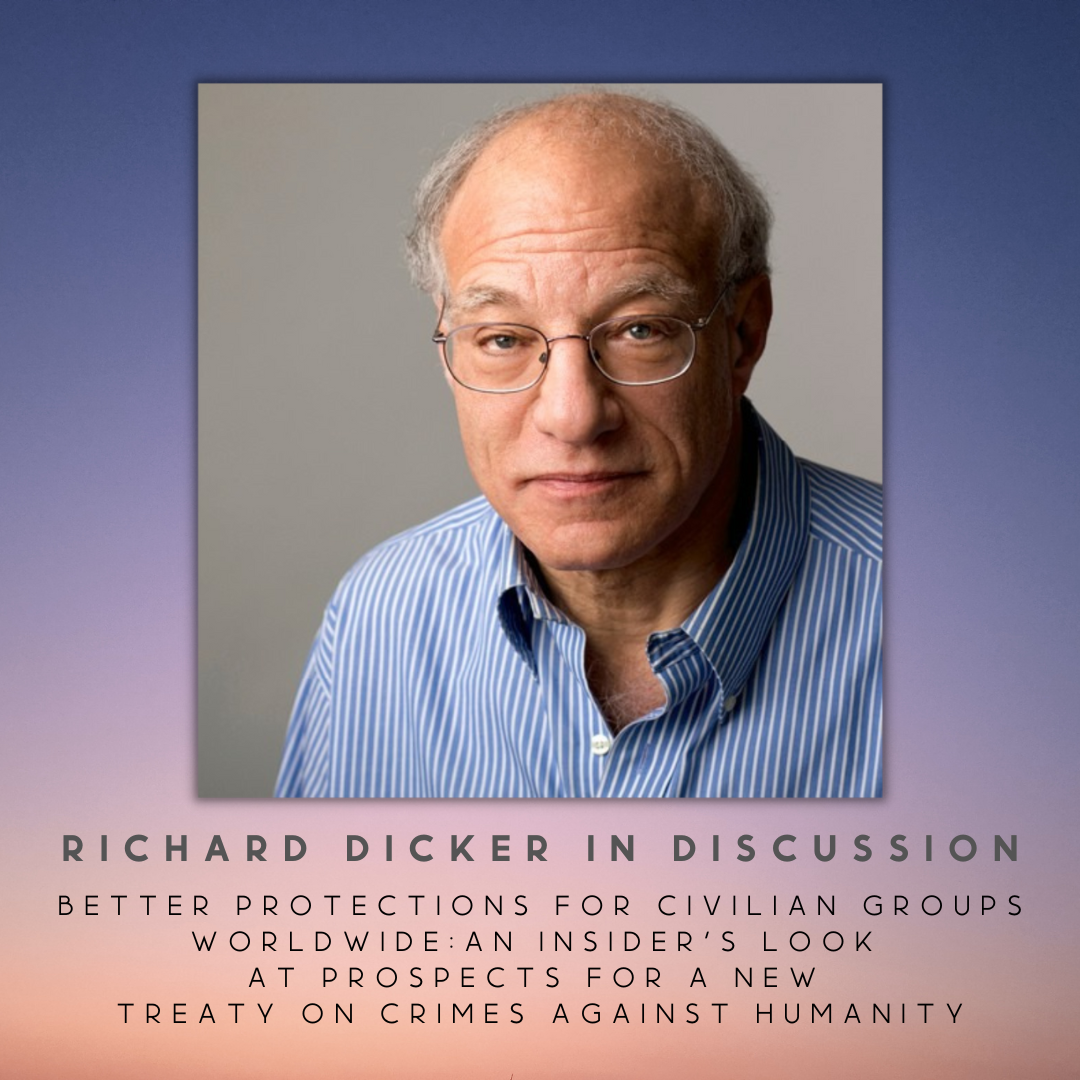 Following intense diplomatic skirmishing at the United Nations this past fall, a breakthrough was made. Richard Dicker, who was active in that effort on behalf of Human Rights Watch, discussed the underlying imperative to fill this gap in international law, the forces that have been thwarting progress to date, how the recent step forward was achieved, the challenges ahead and the next steps in the process.