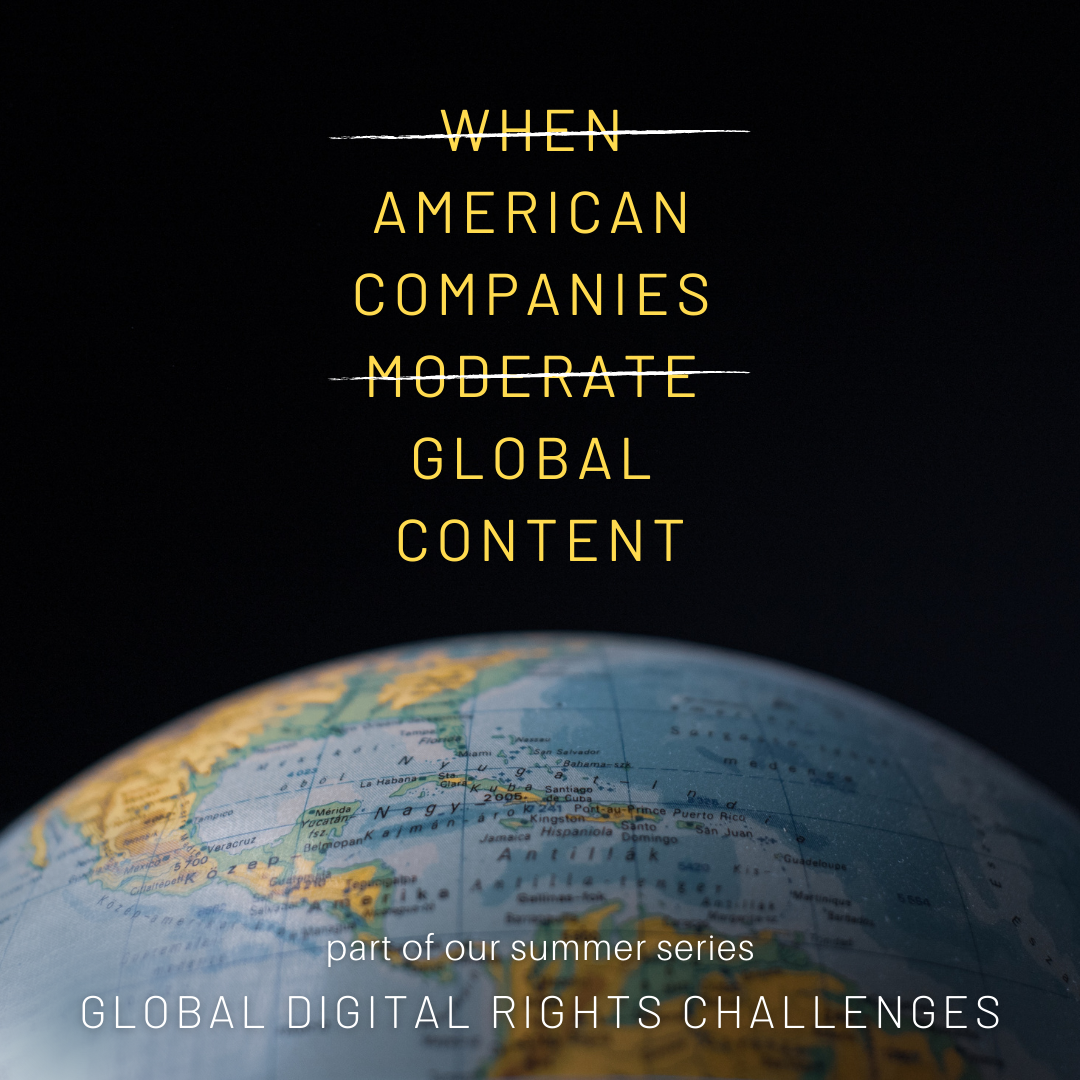 America exports many things, but its content moderation standards may be the most important. Activists and concerned citizens the world over use social media as a microphone to connect, mobilize and push for change – which makes the content rules that online platforms set and enforce enormously influential in shaping the global discourse.

However, because these rules are often designed based on U.S. sensibilities and priorities, they can have an adverse impact on globally marginalized communities. Platforms can also be subject to pressure from governments, including those with poor human rights records, to crack down on dissent and opposition.

In this third of our five-part series on Global Digital Rights Challenges, Promise Institute Assistant Director Jess Peake talks with Marwa Fatafta, MENA Policy Manager at Access Now, about the effect that the decisions of American platforms has on censorship of activists in the Middle East and North Africa, and how such actions impact fundamental human rights, censor dissent, and erase history.

Special thanks to our partners in this series, UCLA Law’s Institute for Technology, Law and Policy.

Marwa Fatafta: Who decides that my speech is not permissible? When you’re a part of a community and you have a certain political lexicon or social lexicon, and that is accepted among that particular community. Why should a US company based in Silicon Valley decide that, “Actually, no, your speech is incitement to violence, your speech is hate speech and therefore it should be deleted and removed”?