Professor of Asian Languages and Cultures 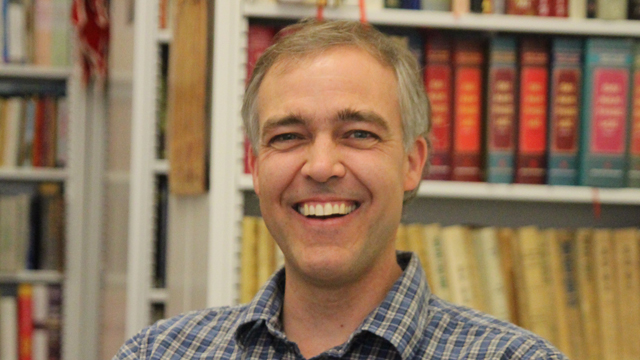 Professor Dutton teaches in the UCLA Department of Asian Languages and Cultures where he specialize in early modern through early colonial Vietnamese history. He teaches courses on early and contemporary Vietnam, and a range of courses in Southeast Asian studies. These include courses on Southeast Asian religions in contemporary society, on 20th-century Southeast Asian literature, and on Zomia, which involves critical issues relating to upland ethnic communities in mainland Southeast Asia and Southwest China.

His first book was about the Tây Sơn uprising in late 18th century Vietnam, and his latest is on Vietnamese Catholicism of the late 18th and early 19th centuries as seen through the life and projects of a Vietnamese priest, Father Philiphe Binh. He has also explored topics in 19th and early 20th century Vietnamese history. These have ranged from military technology to poetry to visual humor in the form of newspaper caricature.

Beyond UCLA, he is currently serving as the Southeast Asia representative on the Program Committee of the Association for Asian Studies.

His most recent academic project, published in December 2016, is a biography of Philiphê Bỉnh, a Vietnamese Jesuit priest who spent more than thirty years in Lisbon as an emissary of the northern Vietnamese Jesuit community in the first decades of the nineteenth century. Before that he edited a sourcebook of primary literary sources from across Southeast Asia. This volume, entitled Voices of Southeast Asia: Essential Readings from Antiquity to the Present (M.E. Sharpe, 2014) includes more than 25 literary selections from across the region, and ranging from the 8th century to the 21st.

Professor Dutton is also the co-editor of the Sources of Vietnamese Tradition. This volume contains several hundred documents relating to all periods of Vietnamese history and was recently published by Columbia University Press (2012). Other projects include revisions of articles on historiography of early twentieth-century Vietnamese collective actions, and on the neologisms that emerged from the Tonkin Free School at the beginning of the twentieth century. The latter focuses on the concept of “society” and the ways in which it was introduced into the Vietnamese vernacular and how it was understood. As may be clear, while he has a special interest in eighteenth and nineteenth-century Vietnamese history, his research interests are fairly eclectic as he explores numerous facets of Vietnamese society, culture, and literature.